We've updated Helium Rain to bring some improvements and fix a number of issues with the game. A week after launch, we have a lot to discuss !

Here are the big ones - these changes were highly requested changes or really annoying bugs.

The full changelog is available here with all 23 changes !

Manual docking in Helium Rain is a controversial topic. We've seen lots of discussions about it. Your opinion matters - we've taken some steps to make the HUD easier to read. Keep in mind you can always skip this part of the game entirely by unlocking the auto-docking technology ! 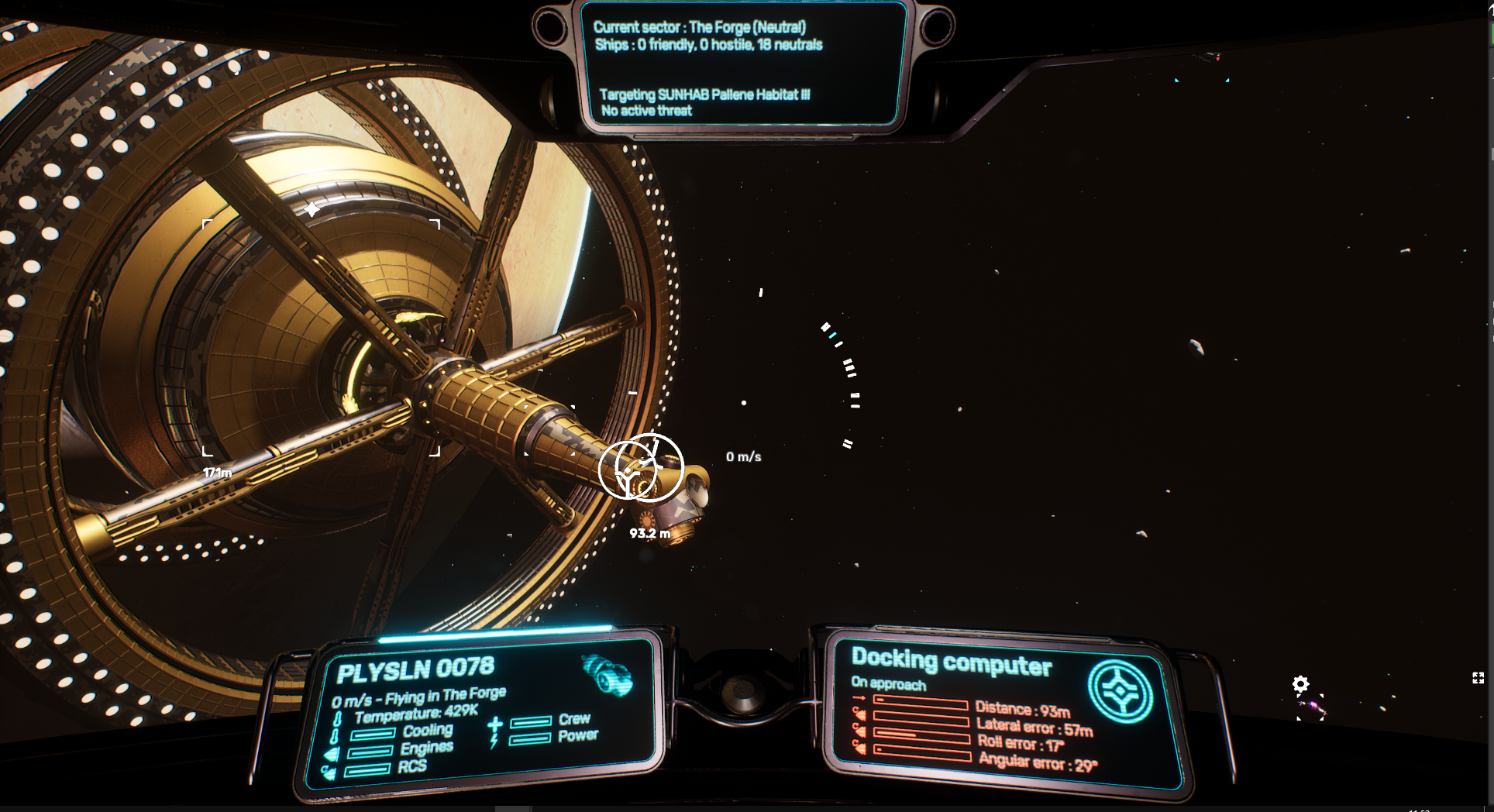 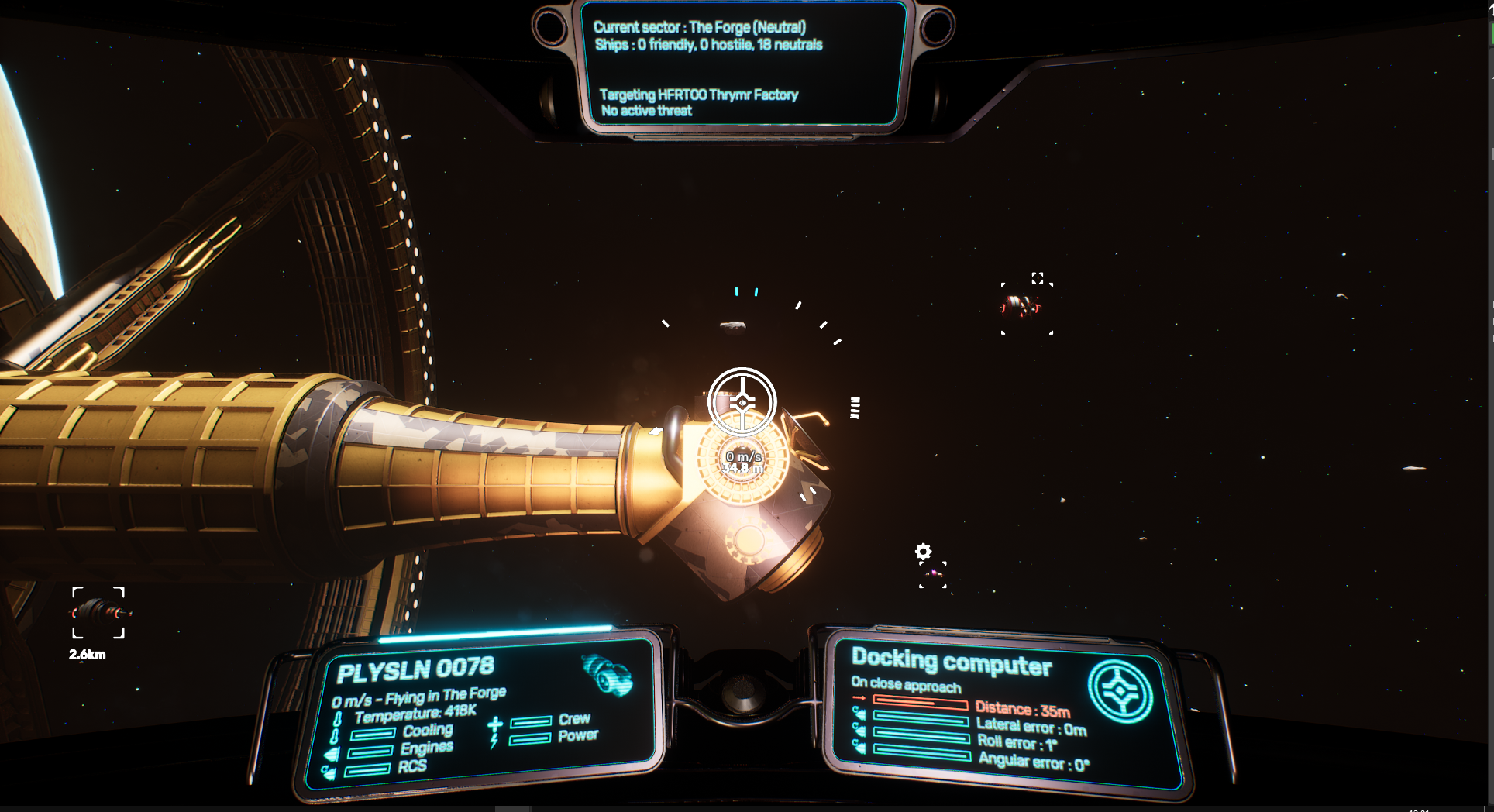 The new docking guide simply requires you to match the monitor pattern. The monitor data is still available as a backup. Our changes to the flight controls also make it possible to input lateral movement while braking or accelerating, which will make maneuvers easier.

Helium Rain on the Web

If you like Reddit more than the Steam discussion forum, we've got you covered. Helium Rain has an official subreddit to discuss the game !

Not into forums ? 4sonicride is standing by with a new Discord server - thank you for that ! We're lurking there too now.

If you're on the fence about the game, curious about other players, or in need of a tutorial, Youtuber Space Game Junkie started a series of videos.

We'll be live on the SpaceGameJunkie podcast next Tuesday, 3PM CEST. We'll talk about the game, development history, our launch and future plans.

We've fixed quite a few bugs today, but we'll gladly fix more. Tell us if you have problems !

Helium Rain is also getting a special update on the beta channel, to try a newer release of the Unreal Engine we use for the game. We usually try to keep up with new versions to ensure we get the latest hardware support, which is especially important for players with rare setups.

The beta branch will have a less reliable build that might have new, unknown problems, but might also fix hardware support issues or provide better performance.

Thank you for reading!

A realistic space sim for PC